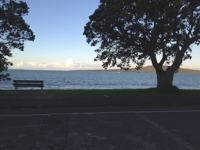 A 15 strong team of Aussies made the journey and it was well worth it. Wakatere has a terrific outlook with a fantastic view over the beach to the channel and Rangitoto island, a volcanic island that emerged only some 500 years ago! Despite prediction of pretty bad weather, it turned out to be really pleasant with blue sky days and good breezes. The home club hospitality was outstanding, with sponsored meals almost every night, including the first night dinner at Takapuna Boating Club, home of the Clive Roberts Memorial. Even the alleged off night saw a huge BBQ! The rum bucket got a good workout and I think this Mt Gay rum may actually not be so bad after all. A huge thanks from the Australian contingent for such a well organised regatta, and so much hospitality. Special thanks to Janine and her shore team who did a great job in the office, behind the bar, on the beach and pretty much everywhere. 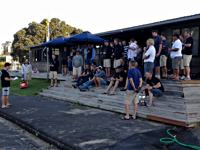 Well done to the race management team to get us all away on all 4 days. The sailing was first rate, with lighter breezes the first 2 days but no trouble to get our races in. As the breeze increased over the next 2 days and swung around to the south and west we experienced a large version of Albert Park lake, with huge shifts around the course combined with a cracking tidal influence. Tide was a huge factor all weekend. Congratulations on Ben Morrison in particular for an outstanding regatta, looking to drop a 4th before not sailing the last race, and Paul ‘Gaucho’ Rhodes for a well-deserved 2nd. Great effort by current 3-times Australian Nationals champ Mike ‘I don’t even like rum’ Williams to get 3rd with 3 wins through the series, after a good tussle between him and Black Rock teammate Roger Blasse throughout the regatta. Great effort also from Wangi sailor Mark Skelton and Black Rock’s Mark Jackson, also in the top 10, with Eddie O'Donnell rounding out the Aus team at 16th . He was closely followed by Chris Visick at 17th and Peter Robbo Robinson at 19th. As always, plenty of small races right through the fleet and the shifts, holes and tide allowed some degree of ‘handicap’. The camaraderie was great on the water and off. 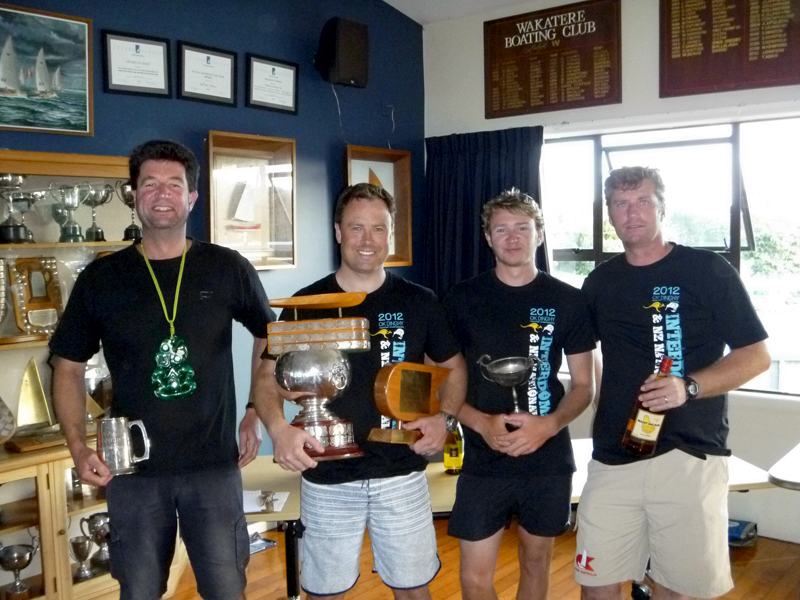 As someone from the back of the fleet on his first overseas tour, I am happy to share that I need never have hesitated about going. Great to see the Kiwi’s again after meeting quite a few of them last year in Black Rock, great to sail in a new venue and such a glorious setting, such good challenging sailing at all levels around the course, great time with the others on tour and just an all round ball. Looking forward already to next year at the Thai Worlds, and happy to have been part of such a long-standing tradition. Many thanks to Ben, Russell and all the NZ hosts.