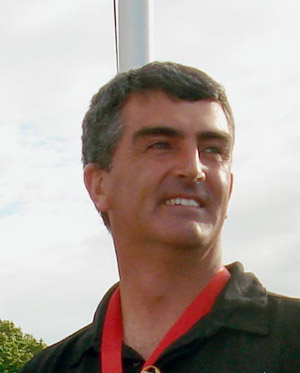 The final OK Dinghy World Ranking List before next week's OK Dinghy World Championships in Kalmar, Sweden, reveals few changes from the previous issue. In fact the top four stay the same with Karl Purdie (NZL), the 2008 World Champion, still holding onto the number one slot over fellow Kiwi Mark Perrow, even though neither have sailed any additional ranking regattas since February.

The European circuit has however been in full swing with events at Medemblik, Kiel, Warnemünde and Steinhude (the German Nationals) counting points towards this release.

Greg Wilcox (NZL) is back into the top ten after wins at Kiel Week and Warnemünde Week, while former world champion Nick Craig (GBR) drops further down the list after a period of inactivity in the class since last year's worlds. However he started his 2009 campaign well with a win at the German nationals over Wilcox. Finally, former double world champion Karsten Hitz (GER) makes his first appearance in the top 5 after good results so far this year, including a win at the Spring Cup in Medemblik.

This issue of the World Ranking List includes 411 sailors from 14 nations and three continents, proof perhaps that OK Dinghy sailing continues to increase, with several new nations joining the class for the first time in the past year.

The next release will be after the Polish nationals in September and will include points from the all important world championship.