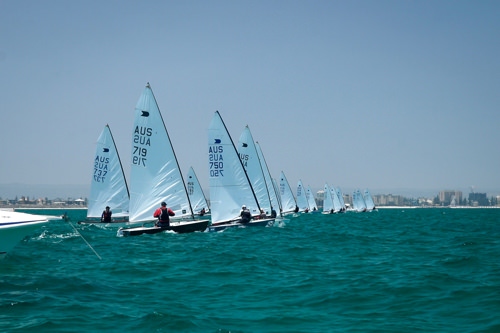 The 2020 Australian National Championships were held from 5-10 January 2020 at Adelaide Sailing Club as part of the 2020 Adelaide National Regatta, sharing with the Finn and Mosquito national titles. All three national events were part of a "super regatta" style event that has brought together three great grass roots classes to the one venue, which allowed them to share ideas and create a larger and more enjoyable atmosphere for sailors.

Rob McMillan put in a dominant performance, winning four of the six races sailed and coming away with a commanding victory, ahead of six-time class national champion Mark Jackson in second and Tim Davies in third.

Only six races were sailed over three days with no races completed on Thursday or Friday. The penultimate day suffered from too light winds and then, unfortunately due to strong winds and big seas, the final day of racing was unable to be sailed due to safety concerns. McMillan said that while he was happy to come away with a win, he thoroughly enjoyed being able to sail in the regatta alongside his son Will, who at 13 years old finished 10th overall in the 32-strong fleet.

More importantly some of the nicest people to sail with you'll ever come across, so it's been a great week and great to sail with my son too, McMillan said. 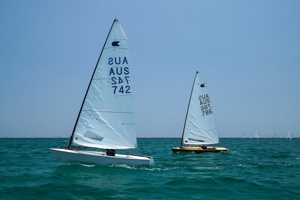 Among the OK Dinghy fleet were some great performances from interstate boats, however the pick of the locals was Adelaide Sailing Club's Brent Williams, who sailed consistently with all his results in the top seven, to come away with fourth overall.

It caps off a great season of local OK Dinghy sailing in Adelaide, which has swelled in numbers in the lead up to this regatta, and looks set to continue the enthusiasm in the years to come.